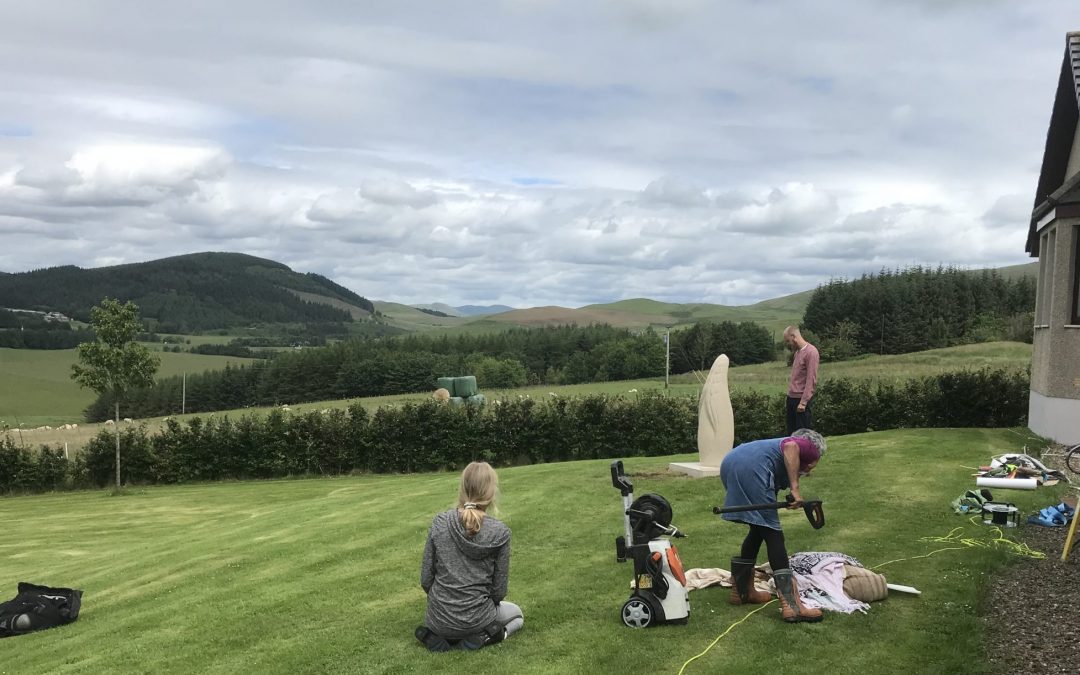 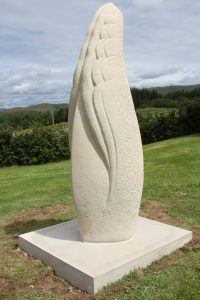 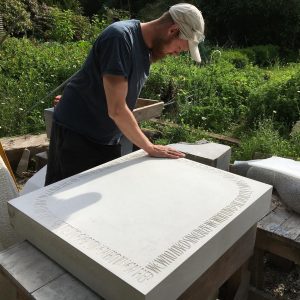 A memorial for Eveanne Nicholson commissioned by her husband John.  A Portland Limestone pillar which looks out over a grand landscape of Central Scotland.  The foundation carries a text carved by Gus Fisher a line by the Scottish Poet Jackie Kay.  UPDATE  — the lettering was badly damaged by ice early this year. Gus has worked on a replacement in a more robust stone (Caithness)  which will be installed shortly.