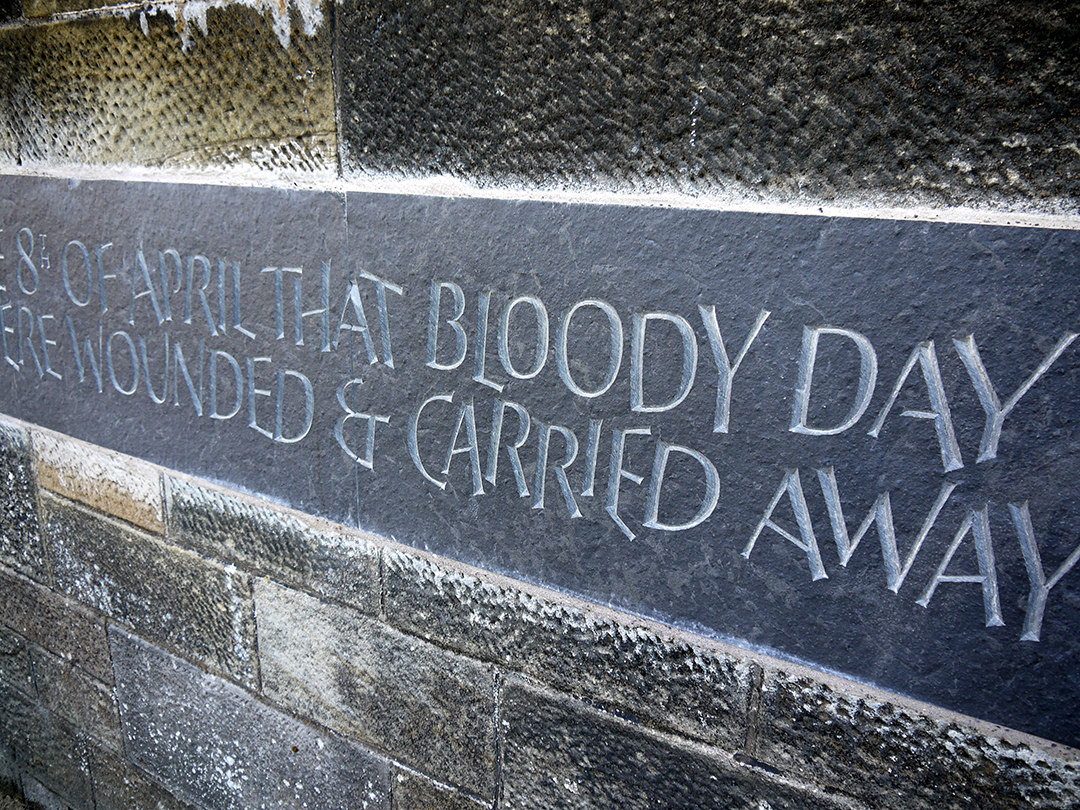 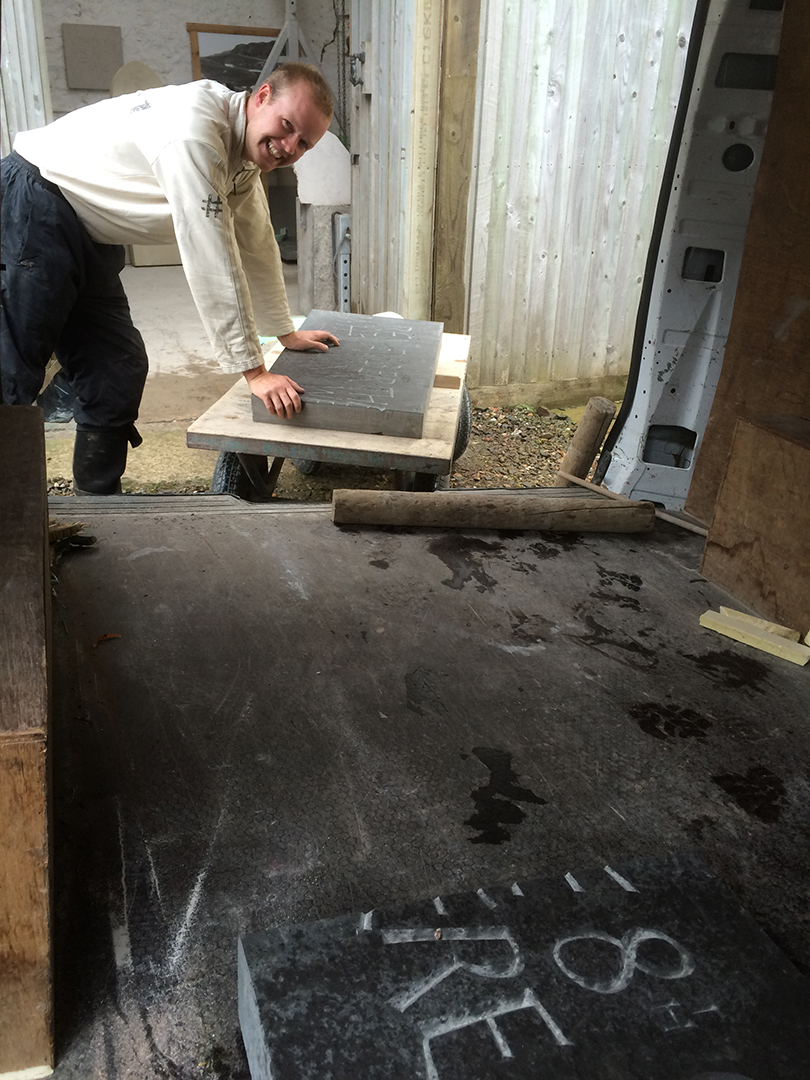 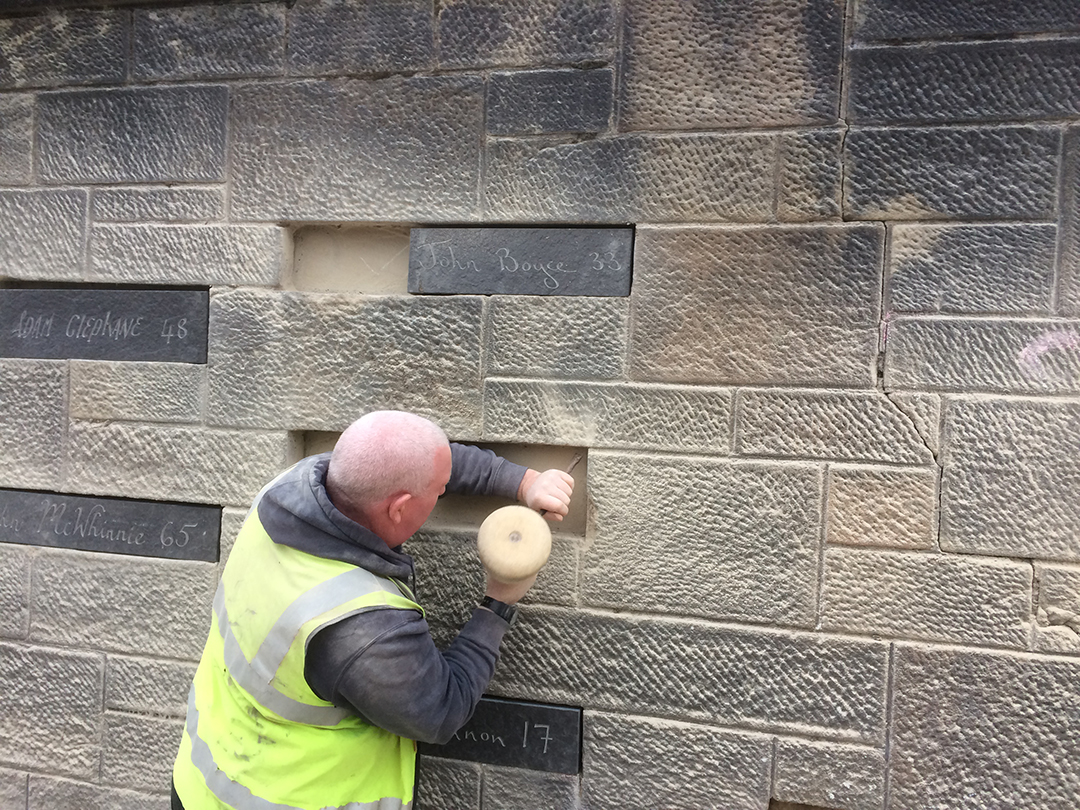 Caithness Slab, Greenock, 2017.
This commemorates the victims of the Radical War in Greenock in 1820. The wall had been traditionally graffitied with the phrase ë REMEMBER THE 8TH OF APRIL THAT BLOODY DAY WHEN MANY WERE WOUNDED AND CARRIED AWAY.í In addition to this slogan the names and ages of those who died were carved. Names were hand written by local people who were approached about the project in a nearby shopping centre.